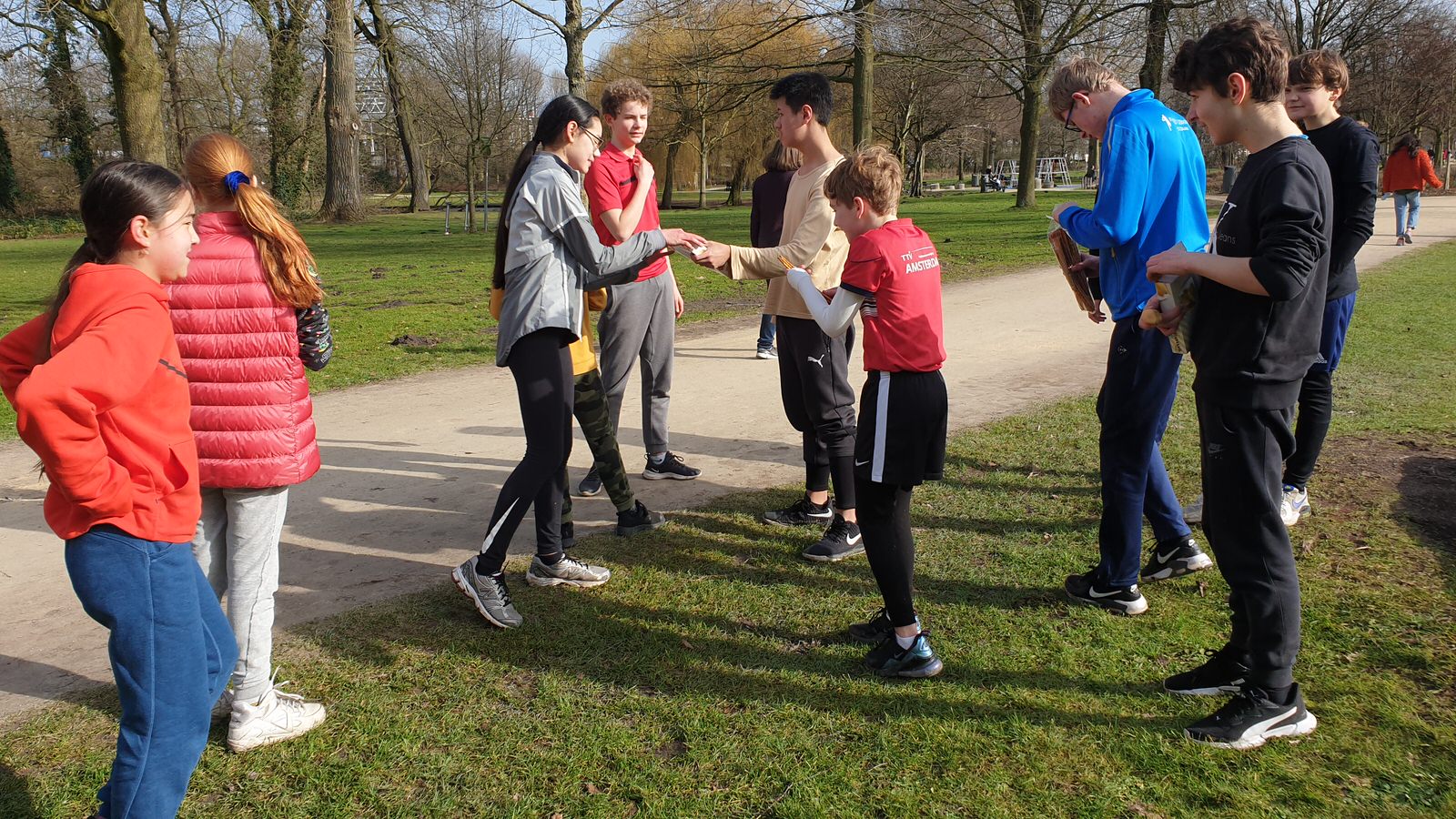 Today there was training again, this time in the Westerpark. It was very fun and heavy.
The first part of the training consisted of socializing. Our trainer Hanna had hidden 30 numbered table tennis balls in a part of the Westerpark. We formed groups and then it was up to us to find the balls. The more balls you get the better. After 20 minutes the search was over.
The number of balls we had not found was the number of laps we had to run around the large pond. In our case it was six laps.
When we were done it was time for the physical part. Each table tennis ball had a number and that number was associated with an exercise. That was 30 exercises in total! But … the exercises belonging to the balls that your team had found you didn’t have to do… But of course it was allowed!
At the end of the training there was still time for a short relay. Short but sweet!
Of course there was some goodies for the team that found the most balls, but that was divided over the whole group.
Very nice!

Table tennis at TTV Amsterdam: Both challenging and fun